Things do move fast in the Royals blogosphere -- FanFest, funny mailbag (actually funny), 20 new posts from Hapless Royals (God I wish I'd read this six days ago), all in one week. Oh, and Barack Obama's inauguration... which I viewed in China.

Yes, once again I'm far removed from baseball and all other Americana -- unless you count McDonald's, Starbucks, KFC, iPods on subways, a shitload of cars, basketball, golf, commercialism, pretty faces on big billboards, high-rises, VIP lounges and a few other things -- so this is your obligatory apology post. I won't drift too far, but I can't afford to keep IDWT numero uno on my blog depth chart either (the complete list is in my blogger profile).

A departing note: I'm gonna be keeping an eye on this pending blog war between Royals Review -- which is, let's face it, Britain circa 18th to mid-20th century -- and Hapless, which kind of reminds me of India. Or maybe a better metaphor -- if war metaphors for sports blogs could ever be acceptable -- would be that of civil war. The United States emerged from its civil war a stronger union, eventually (though I'm not convinced we wouldn't have two separate but stronger unions had the South won). Will Royals fans?

We won't know until we get full-blown conflict. Where's the potential Saraevjo? Where's Fort Sumter? Get it at!
Posted by The Tao at 6:15 PM 8 comments:

I'm not a literary critic and was never very good in my lit theory classes, but as I understand it, "intentional fallacy" is the bedrock of New Criticism, which more or less was the vogue of mid- to late-20th century literary criticism. I won't bore you with specifics, but it basically means we should evaluate art (or whatever) for the meaning it inspires, as opposed to the meaning the author intended. So, for instance, out goes the significance of Milton declaring within the first 26 lines of Paradise Lost, "I thence / Invoke thy aid to my adventurous song, / That with no middle flight intends to soar / Above th' Aonian mount, while it pursues / Things unattempted yet in prose or rhyme," or Beethoven dedicating his third symphony to the "great man" Napoleon (before crossing out his name). Ambition is out of the question.

So, too, would this fine introduction from our latest Royals blog, Hapless Royals, be shrugged off, or at least analyzed outside of (the yet-nonexistent) context:

Welcome to my new blog. Be warned. I will cuss in just about every sentence. If this offends you, go the fuck away.

This blog will be about the Kansas City Royals, their fans, stupid bloggers, idiot fans, shit I read on other website geared toward the Royals, and whatever crap I feel like posting.

I'll try to post once or twice a week. And I'll start tomorrow off with something I'd like to call: "The internet is ruining the enjoyment of Baseball."

So be it. These are the times we live in. It doesn't matter the bar you set: just whether your jump makes the audience ooh and aah.

POSTSCRIPT: Mike Sweeney was at the Royals Awards Dinner yesterday and received the Mr. Baseball Award, the night's highest honor. He received a standing ovation and choked up in his acceptance speech. Read about it here.
Posted by The Tao at 1:29 PM 4 comments:

Some links for the day


As a final note, this top thread on Chiefs Planet -- Rickey Henderson quotes -- has to be the most plagiarized piece of work in sports, as no one seems to know who deserves the credit for compiling the quotes in the first place. I link it to you now in honor of Rickey and because, even though it's appeared on this site before, it really is that good.
Posted by The Tao at 2:33 AM 1 comment:

These girls, as Sam Mellinger suggests in so few words, are not Kansas City's K Crew. 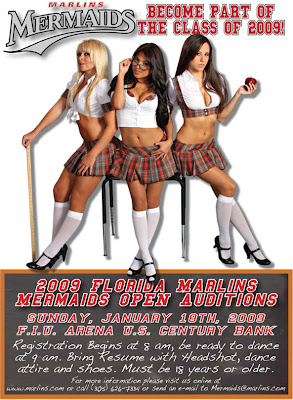 You know what, though? Fuck Florida. Give me wholesome values and that can-do Midwest spirit any day, or something like that.

But seriously: Florida is the worst state ever. Ever.
Posted by The Tao at 6:40 PM 2 comments:

Gauging the fans, and FanFest

Royals Review has an interesting poll on its site, "Has the mood become too negative?" What inspired it? We'll let you take a couple guesses. As of 208 votes, it was 120 yes, 88 no, which means The Royal Treatments of the world are getting the better of the Royalscentricities... barely.

The discussion thread's interesting too, highlighted by this (among other starred) comment:

cmkeller: "It’s easy to criticize, but let’s not forget that the win total has increased by 6 or so every year since GMDM took over. How much does he need to do to get cut a little slack around here? I’m not saying that I think Kyle Farnsworth is worth almost $5MM per year (I’d love to know who GMDM thought he was bidding against for his services), but I do think the Royals will do better next year than they did last year, and the doom-and-gloomers need to keep a broader perspective."

C'mon people, in this worsening economic climate, don't you have some resumes to build? (I'm just kidding.)

And with that, we happily transition to...

January 17-18 at the Overland Park Convention Center, "the second annual event, which will be expanded for 2009 and feature 25,000 square feet of additional space" blah blah etc. etc., read about it here.
Posted by The Tao at 10:49 AM 1 comment: 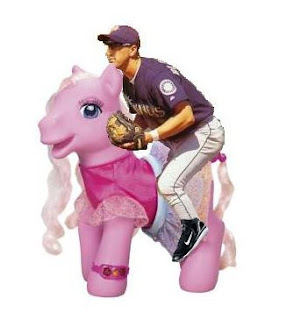 On the flip side, he's disdained by a very active Mariner blogging community, which pokes fun at Bloomquist because of his lack of power and overall offensive production. Among his nicknames: "Ballgame," "The Ignitor," "Princess Willie" and "Willie Boom-Boom."

I'm sorry, I really got nothing. Royals Review's got you covered though.

Play us out, Willie Alexander.
Posted by The Tao at 2:40 AM No comments:

A new Royals blog, sort of, and Royals awards

Minda's star continues to rise as her site moves over to Royals Authority alongside the consistently good Clark Fosler and Craig Brown. The site's also now called Royal Blues, which is almost a pun. Well, it is a pun, but knowing how much Minda loves the Royals, I'm sure it's unintentional. Her first post is here.

One other announcement, via the PR arm of MLB.com:

Couple things: the Royals.com link actually links to www.royals.com, even though the article is hosted on the very same site and a direct link to the ticket-buying page is posted in the article's sub-head.

Second: if you're bringing a table of 10, shouldn't you get a discount? I mean, really, wouldn't that encourage people to fill these tables?

I dunno. Maybe it's just me.

But congrats to all the Royals receiving awards. An impressive list, really.
Posted by The Tao at 3:31 PM 1 comment:

It's a new year in this wacky, wonderful world of ours

There is only one reason I read through fan chats.

I'm not exactly sure what that reason is, but this somewhat approximates it:

doxadad: Has Sluggerrr ever let you operate the "Hot Dog" gun?

(Mark) Teahen: No, Sluggerrr is very protective of his toys.

It straddles the line between the zany and the banal, the innocent and the inappropriate. There is no neat way of describing that exchange -- indeed, no neat way to characterize even how we should feel about it -- and that sort of reflects our shifting world in these uncertain times: confusing, surreal, ponderous. That's what I like about it.

Also, Teahen would like you to know he has a fashion show "this Friday to benefit Challenger Sports, helping children with special needs. It will be the chance of the winter to see a few Royals players. There are still tickets available on www.challengeyourfashion.com. The event starts at 6 p.m. [CT] on Jan. 9 at the Kansas City Convention Center."

POSTSCRIPT: The market for hitters has apparently bottomed out after Mark Teixeira's signing. With Adam Dunn possibly getting as little as $10 million a year and no one wanting to touch Scott Boras's demands for Manny Ramirez, somehow we like Jose Guillen a little bit less right now.
Posted by The Tao at 4:56 PM No comments: