That's all I can about this ESPN Deportes report that claims Jose Guillen wants out of KC. A quick glance at the story should immediately raise all sorts of red flags.


Did you catch that? Replied to the Kansas City Star. And more denials. Let's pull down the veil, shall we?

Neither Jose Guillen nor Trey Hillman were contacted for the story.

Why ESPN.com's editors ran with this is utterly baffling. Let me repeat: neither Jose Guillen nor Trey Hillman, the principle subjects of the story and two guys who are -- how shall we say -- ubiquitous in the clubhouse... neither of them were contacted by Rojas for comment.

We have a phrase in the profession for when something like this happens: You've gotta be f***ing kidding me.

Actually, correct that: the worst part is folks in the blogosphere linked to this excrement and ran with it, ultimately accomplishing what the anonymous source hoped to get: a controversy. Bravo, Enrique Rojas and your anonymous source. After my anger passes, I will realize you have joined the likes of Tom Miller in saddening me just a little more in regards to our profession.
Posted by The Tao at 10:50 PM No comments:

No, the medieval theologians control the court.
The only question you ever hear is about
the little dance floor on the head of a pin
where halos are meant to converge and drift invisibly.

It is designed to make us think in millions,
billions, to make us run out of numbers and collapse
into infinity, but perhaps the answer is simply one:
one female angel dancing alone in her stocking feet,
a small jazz combo working in the background.

--Billy Collins, "Questions About Angels"
Among the things I remember from Joe Posnanski's memorable book is how Buck reacted after learning the Hall of Fame had spurned him (four members of the 12-member panel, anyway, which had been formed, in part, to get Buck O'Neil in the Hall of Fame). Something about love. While the rest of America fumed, Buck said he saw this as a blessing in disguise because he wouldn't have known how deeply and widely he was loved if not for the rejection.

That's not quite true -- he was loved by everyone who met him, and surely he must've known. But that was Buck for you, trying to cheer up the rest of us because the world just seemed a better place with more happy faces.

Anyway, the Hall of Fame finally decided to rectify a wrong -- however late and however big that wrong -- by creating the Buck O'Neil lifetime achievement award. Sam Mellinger of the Star has a heartfelt post about it here.

As for me, I never met Buck, but with stories like these (lakewoodroyal, below, posted on Mellinger's site), it feels like I know the man, to the extent that it's possible to know someone without actually having met him. I don't want to overstate things -- there's no need, really, when people the world over have said in plain terms how extraordinary Buck was -- but it seems to me that he valued, above all, doing the small, simple things that add up, accumulating in minds and deeper places, so that when time does come to take inventory of one's life, all those pebbles of good collected over the years form a mountain running alongside that majestic staircase folks mention sometimes, propping up the newly departed and holding his foot as he takes that step across the great divide, leaving the colors of his deeds to split into a million, billion brilliant pieces that then wash over us in all their grace. That's how I imagine it, anyway.

Thanks for conjuring up a good memory, Sam. I'll never forget the day Buck gave my brother and me an impromptu personal tour of the museum on a slow day and he just happened to be there. My brother STILL talks about that day nearly every time we bring up baseball and KC. We showed up shortly after lunch in the middle of the week, only a few people there and just as we were getting started reading through a few of the signs after entering the museum, Buck shimmied up behind my brother and started narrating each sign with a story. When we went there, we thought we'd spend a couple of hours and then head out. 4 and a 1/2 hours later we were walking out stunned at what had just happened and STILL laughing. He didn't think anything of it. Never once wanted to ditch us to see others. He even had people coming up to shake hands and take pictures and would turn around and catch back up with us. My brother, who is a huge Cubs fan, got a kick out of all the stories of when Buck managed in Chicago. I think we could have stayed there all night just listening to the stories. I think what I miss the most was that every time you heard his stories being retold by him, they were never quite the same as the first and always better than the previous time you heard them. I'm looking forward to getting out to the HoF again and seeing that statue.

I would smile too if my team were losing 19-4

Seriously, batting .154, can we please convert him, permanently? I hear John Bale's on the DL.

At the All-Star break

Sometimes, there's not much else you can say except "I wish I'd been there." Check out ESPN's highlights of the Home Run Derby, in which Josh Hamilton hit 28 home runs in the first round, 20 more than the next guy.

Setting aside for the moment the thrill of the spectacle -- 13 consecutive home runs, then eight consecutive, causing the throng at Yankee Stadium to shout out his name -- Hamilton may be a guy genuinely worth rooting for. It's all been said before, I know, to the point of becoming cliche, but let me relay this little anecdote:

In St. Louis, I was standing in rightfield when a fan yelled, "My name is Josh Hamilton, and I'm a drug addict!" I turned around and looked at him with my palms raised to the sky. "Tell me something I don't know, dude," I said. The whole section started laughing and cheering, and the heckler turned to them and said, "Did you hear that? He's my new favorite player." They cheered me from that point on.

As for the Royals, they keep chugging along: a good spell here, a bad spell there, resulting in a fourth place standing in the Central. I miss the rhythms of baseball, how we can track the days by it, how insanely thrilling and aberrational it seems when there's true movement in the standings, like some seismic geographic change which hitherto had run parallel with our timeline is now creeping towards a bisection. Three teams separate the Royals from the top, but that doesn't mean we can't keep looking up.

We'll leave off with the video of David DeJesus's recent walk-off home run -- because it's just that awesome -- and the celebration afterwards. Ask yourself: why is his belt unbuckled when he comes out of the mob?

At least nothing like this happened.
Posted by The Tao at 4:12 AM No comments:

A note for the Tampa Bay Rays

We're sorry we said, last year, you were just the salve needed for the weekend, and we're sorry we hated on Tropicana Field. (We're sorry for the picture as well.)

Now, will you please lose?

Evan Longoria put up some good numbers last week, but he doesn't play for the Royals. Our new everyday shortstop/second baseman, on the other hand...

Gillette and MLB invite you to cast your vote for the June Rookie of the Month Award presented by Gillette.

By entering you will automatically be entered for a chance to win a trip to the 2008 World Series. Fill out the form below and cast your vote now!

A Royal won was selected AL Rookie of the Month three times last season, which is amazing considering the season's only six months long. Let's keep the tradition going.

UPDATE: Apparently the Fourth of July is celebrated on July 4. My bad.

Wait, the what calmly retired who?

"Once they had the lead, of course, the Royals handed the axe to Joakim Soria, and the Mexicutioner calmly lopped off the the heads of All Who Oppose the Righteous World and All That's Good."

Actual sentence: "Once they had the lead, of course, the Royals handed the game to Joakim Soria, and the Mexicutioner calmly retired three straight hitters for his 22nd save in 23 opportunities."
--Bob Dutton, KC Star 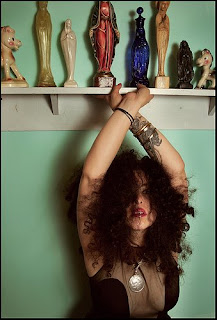 "Senor Smoke" isn't sticking. Is "Mexicutioner" new, or did I miss something?

Sort of like how "biweekly" has two meanings, the term Mexicutioner, it might interest you to know, also has dual -- and opposite -- definitions. From Urban Dictionary:

1. One who is Mexican, and executes.

2. A person, who willingly, destroys Mexicans at will.

Also, there's the photo to the right, which was the first result that popped up from a Flickr search for "Mexicutioner." I love the Internet.